← back to
Empty Cellar Records
Get fresh music recommendations delivered to your inbox every Friday.
We've updated our Terms of Use. You can review the changes here. 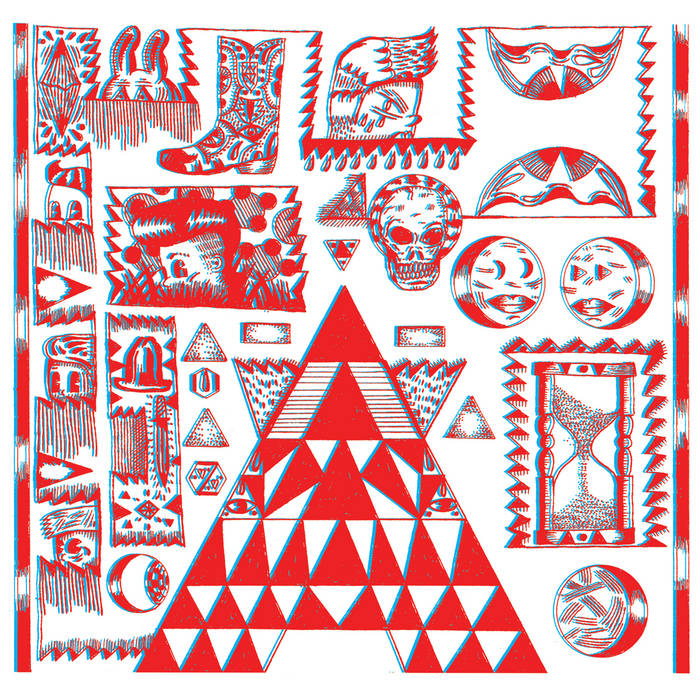 Introducing a new split 45 via Empty Cellar Records featuring harmony-heavy San Francisco legacies The She's and The Dry Spells. Tight vocal harmonies, ambitious musical arrangements, and diverse influences meet on both sides of this record in a pairing that won't disappoint. A song for the party and one for the comedown.

The She's light things up with their ever expanding range: the group that got its start while in middle school have brought their steadily amassed stylistic and dynamic breadth to the track, “Cherry Red,” produced by Patrick Brown at Different Fur. It bursts open with with a driving surf beat cut with the laser-guided vocal counterpoint The She's are known for. Aggressive Go-Go's, The Breeders at the beach, Shonen Knife in the Golden State. Call it what you want; It's irresistible. After winding through a dizzying set of changes, the She's pull the rug out from under, dropping you (along with the beat) into a half-time dream that would make the Shangri-La's smile, but also calls to mind english guitar bands of the 90's, a reference reinforced by singer Hannah Valente musing about painting her lips the classic color that gives this track its name. Then it's back to the beat!

You're gonna feel pumped after Side A, putting you in the perfect place to enter the restorative trance of the Dry Spells' "Heliotrope" (members of Sonny & The Sunsets, Jonas Reinhardt, Citay), produced by Tim Cohen (The Fresh and Onlys / Magic Trick) and mixed by Mikey Young (Total Control / Eddy Current Suppression Ring). The track opens with delicate guitar lines reminiscent of Jefferson Airplane's best slow-psych (think “Today”) spilling from a wash of cymbals. Aquarian? Yes. Wishy-washy? No way dude: A Fleetwood-McVie rhythm tightens this track, clean, warm and hypnotic under vocal harmonies that rise and rise and rise some more. Enter the guitar solo - nuanced, spacious and moody - it slides across a Fairport violin, risen from the mix to dabble in the sun-worshiping harmonies. This song is not, however, without its grittier influences. The bass line is biting as it is melodic. Sinewy and driving like a fretless Television, it coalesces with guitar and vocals into one final pitch-perfect exaltation before everything collapses into the fragile sustain of a tremolo'd guitar.

Take all this, and combine it with the fact that this split comes in a limited run of 500 copies of colored vinyl (250 cyan / 250 red) with artwork by The Fresh and Only's / Sonny and the Sunsets' Shayde Sartin rendered in anaglyphic 3D, and you can be sure that you won't find a more spangled Yin meets Yang 45 this fall.

"Cherry Red"
Written and Performed by The She’s

"Heliotrope"
Written and Performed by The Dry Spells

The She’s have been making music together since they were young teens. Their forthcoming 2017 release, which they self- produced wth counsel from tUnE-yArDs’ Merrill Garbus, is called “all female rock and roll quartet”, a reductive description they often hear. By reclaiming it as the title of their sophomore album, the San Francisco-based band turns the designation into a source of strength. ... more

Bandcamp Daily  your guide to the world of Bandcamp